A place for contributions about landscape appreciation and related themes.

Following previous posts on Landscapes in Literature, here is a literary gem taken from William Wordsworth's book A Complete Guide to the Lakes (Hudson and Nicholson, Kendal, 1842. The Lakes in question are, of course, those of the Lake District region of northern England.

The excerpt below, besides being remarkable for its prose style, can teach us a thing or two about landscape appreciation. It's theme is the "ungracious depreciation" by comparison, an obstacle which often stands on the way to appreciation of certain landscapes.

Nothing is more injurious to genuine feeling than the practice of hastily and ungraciously depreciating the face of one country by comparing it with that of another. True it is,  Qui bene distinguit bene docet yet festidiousness is a wretched travelling companion ; and the best guide to which, in matters of taste we can entrust ourselves, is a disposition to be pleased. For example, if a traveller be among the Alps, let him surrender up his mind to the fury of the gigantic torrents and take delight in the contemplation of their almost irresistible violence, without complaining of the monotony of their foaming course, or being disgusted with the muddiness of the water — apparent even where it is violently agitated. In Cumberland and Westmorland, let not the comparative weakness of the streams prevent him from sympathising with such impetuosity as they possess; and, making the most of the present objects, let him, as he justly may do, observe with admiration the unrivalled brilliancy of the water, and that variety of motion, mood and character, that arises out of the want of those resources by which the power of the streams in the Alps is supported. — Again, with respect to the mountains: though these are comparatively of diminutive size, though there is little of perpetual snow, and no voice of summer avalanches is heard among them; and though traces left by the ravage of the elements are here comparatively rare and unimpressive, yet out of this very deficiency proceeds a sense of stability and permanence that is, to many minds, more grateful

While the coarse rushes through the sweeping breeze

Sigh forth their ancient melodies

Excerpt from Ch.5 of George Eliot's The Mill on the Floss posted by Landscaperian as an outstanding example of the subject of landscapes of childhood.

See also Messages #156-9 on this subject at the Landscape Appreciation on-line Discussion Group.

" Life did change for Tom and Maggie; and yet they were not wrong in believing that the thoughts and loves of these first years would always make part of their lives.

We could never have loved the earth so well  if we had had no childhood in it,-- if it were not the earth where the same flowers come up again every spring that we used to gather with our tiny fingers as we sat lisping to ourselves on the grass; the same hips and haws on the autumn's hedgerows; the same redbreasts that we used to call 'God's birds',because they did no harm to the precious crops. What novelty is worth that sweet monotony where everything is known, and loved because it is known?

The wood I walk in on this mild May day, with the young yellow-brown foliage of the oaks between me and the blue skay, the white-star flowers and the blue-eyed speedwell and the ground ivy at my feet, what grove of tropic palms, what strange ferns or splendid broad-petalled blossoms, could ever thrill such deep and delicate fibers within me as this home scene? These familiar flowers, these well-remembered bird-notes, these furrowed and grassy fields, each with a sort of personality given to it by the capricious hedgerows, such things as these are the mother-tongue of our imagination, the language that is ladden with all the subtle, inextricable associations the fleeting hours of our childhood left behind them. Our delight in the sunshine on the deep-bladed grass to-day might be no more than the faint perception of wearied souls, if it were not for the sunshine and the grass in the far-off years which still live in us, and transform our perception into love."

Review of "The Lie of the Land"

Here follows a review of the book: "The Lie of the Land" by Ian Vince reproduced from the Geographical Magazine of August 2010. For other reviews and more details about the book, see the website of the British Landscape Group

A book to ever so slightly irritate professional geologists, claims Ian Vince, but he's underselling himself. He might not be a qualified member of the tribe, but his knowledge of the geological processes that formed the British Isles—an attempt "to understand the forces that unwittingly conspired to bring both the planet and us, a few of its passengers, to this point – is anything but dumbed down, even if it comes leavened with wit.

After rightly berating the way in which Stonehenge is treated "with all the respect accorded to a motorway service area", he writes of the area it adorns that "all those features, both natural and man mad, are imbued with meaning and called upon by ritual to reflect the landscape of the human condition". It is clear from this that he admires Ruskin who attempted "to breath the mystery back into the landscape", but he also enjoys a good dust-up, and provides a run-down on academic squabbling in the corridors of the Geological Society.

He's strong too on memorable details (there have been fewer than a dozen earthquake related deaths in Britain over the past five centuries, and one of those was a suicide) and offers a wealth of observations both social –never judge a town by its railway station: these, "in a strangely self-referential way" are always on the wrong side of the tracks – and meteorological: the higher you go, the clearer it becomes that the weather has been the most important factor in shaping our landscape.

A reader-friendly and informative study.

Landscapophile is a term recently proposed by Martin Greaney in his blog Liverpool Landscapes (http://www.liverpool-landscapes.net/ ;). It was warmly received and commented upon by members of the Landscape Appreciation Group (see Message Board, Posts #241 to #248).

In our case, what is the term landscapophile supposed to connote? A friend of landscapes or a lover of landscapes? 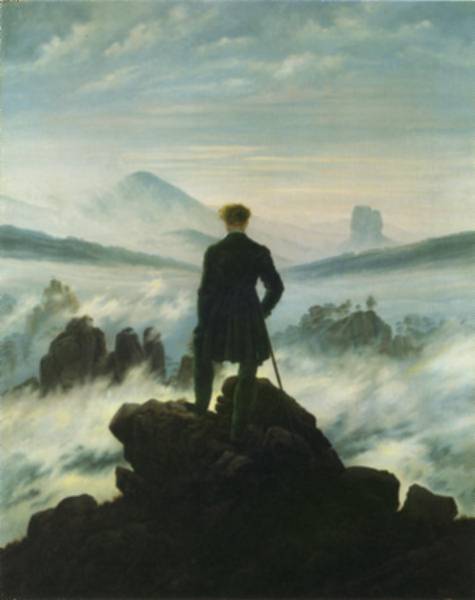 While re-reading once more Deleuze and Guattari's book, "What is Philosophy" it occurred to me that it might be of interest to attempt to adapt their exploration of the philo in Philosophy (pages 7 to 9) to the phile in landscapophile. Not more than a preliminary exploration really for, as you'll see there are far more questions than answers.

So, here it goes:

(Deleuze and Guattari quotes in green; my comments in black)

We will see that concepts need conceptual personae that play a part in their definition. Friend is one such persona that is even said to reveal the Greek origin of philo-sophy.

…philosophers -- the friends of wisdom, those who seek wisdom but do not formally possess it.

Landscape as a concept should also need conceptual personae… An interesting idea in the debate between classical definitions of landscape as external to the observer (and having hence some sort of independent existence) and, on the other hand, landscape and a person forming an inseparable whole ( contemporary geographers being more disposed towards the latter).

Indeed, elsewhere, (About a Definition of Landscape) I proposed a basic meaning for landscape as "unbounded spaces as experienced" where the 'experiencing person' is included in the concept. But, as friends of landscape, landscapophiles do not set a claim of "formally possessing it".

… Wisdom has changed a great deal. It is even more difficult to know what friend signifies, even and especially among the Greeks. Does it designate a type of competent intimacy, a sort of material taste and potentiality, like that of the joiner with wood – is the potential of wood latent in the good joiner; is he the friend of the wood?

For the landscapophile as friend, could we expect a sort of "competent intimacy"? Surely an intimate relation with landscape but, what about the competency? Should this be taken to imply taste, sensitivity, discernment, expertise, insight? All of those or one or two may be enough to be a true friend of landscape?

Could we compare the intimate relation between the good joiner and the wood with that of the lanscapophile and the terrain? I use the word terrain to designate a certain configuration of landforms and vegetation. The terrain has the potentiality to become a landscape, but it might do so only through the 'trained eyes' of its friend.

The question is important because the friend that appears in philosophy no longer stands for an extrinsic persona, an example or empirical circumstance, but rather for a presence that is intrinsic to thought, a condition of possibility of thought itself, a living category, a transcendental lived reality.

We already asserted above that the landscapophile, as friend of landscape, ought not to be considered as an extrinsic persona. Such a person would then be a presence intrinsic to landscape as 'thought', that is, to landscape as a mental construction formed on the basis of a visual percept. To claim that such a persona is "a condition of possibility of thought itself" may perhaps be overstating the claim; after all we are not pretending to equate the landscapophile with the sopho- phile.